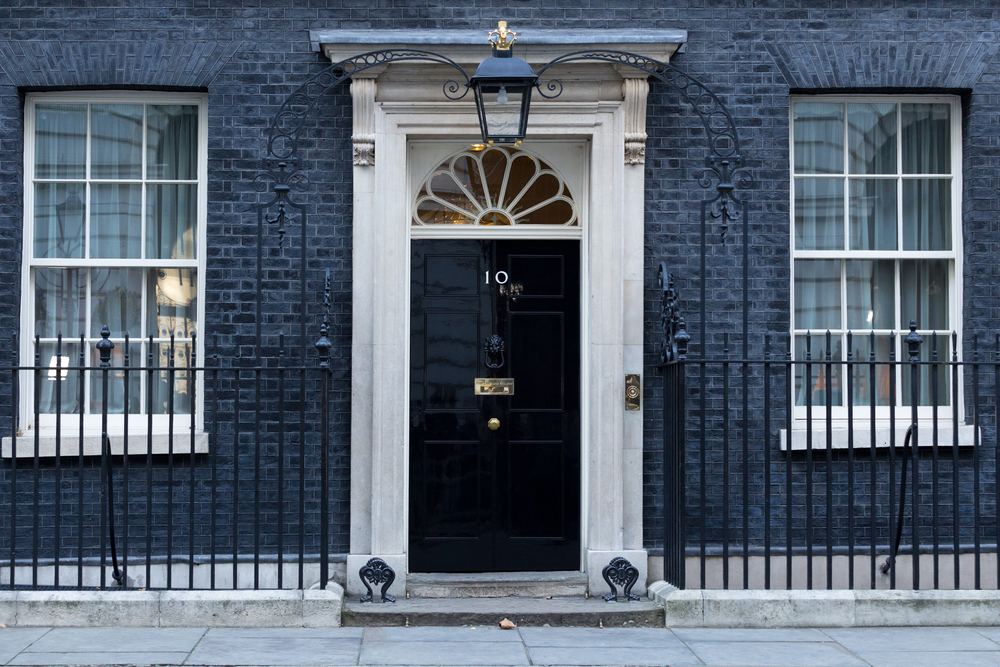 37 organisations spanning fuel poverty, social justice and environmental campaigns wrote to the government on 15 March 2022 calling for greater support for vulnerable households and for decarbonisation to help bolster the UK’s energy security in the imminent Energy Independence Plan and Spring Statement.

The joint letter, addressed to the Prime Minister, Chancellor and Business Secretary, calls for immediate extra support for households facing huge energy price rises, scaled up measures to reduce our gas use and a shift away from fossil fuels to renewable energy.

Measures called for include targeted support that covers the expected rise in energy bills for households on low incomes, long term funding and support for insulation and heat pumps, an expansion of wind and solar energy, and a commitment to rule out new North Sea oil and gas and keep the fracking ban in place.

The letter calls on the government to “ensure the upcoming energy independence plan protects vulnerable households, lowers bills, tackles the climate emergency, addresses air pollution, and gets the UK off gas.”

Green homes are the most obvious energy security solution which no one is talking about. Energy security starts at home: this means supercharging a renovation wave to cut energy bills and permanently reduce the exposure of families to volatile international gas markets – boosting energy efficiency and rolling out electric heat pumps. The Chancellor and Prime Minister must seize the moment and push forward an ambitious, long-term plan to support warmer, healthier homes which are cheaper to run.

This is a fossil fuel crisis, and new fossil fuels from the likes of fracking or new North Sea oil and gas aren’t going to solve our problems. We can reach true energy freedom and stand up to Putin, but that needs the government to back properly funded measures to support households, accelerate renewables and properly fund home upgrades to reduce our use of gas altogether. Otherwise this risks being yet another plan that props up our dependence on volatile and expensive fossil fuels at just the moment we can least afford it.

The cost-of-living crisis, fuelled by soaring energy prices, is totally unsustainable and is hitting the lowest-income families the hardest.

Parents are telling us that they’re struggling to meet basic needs, leaving them having to make impossible choices between heating their homes and buying clothes for their children, and children are paying the price.  Without action, things are only going to get harder.

In the upcoming Spring Statement, the Chancellor has an opportunity to ease this burden on families by uprating benefits in line with April’s inflation rate, and invest to keep homes warm and bring fuel bills down.

A spokesperson for the End Fuel Poverty Coalition added:

Up and down the country people are scared about how they will make ends meet come 1 April 2022.

We need greater urgent financial assistance throughout 2022/23 for those in fuel poverty and a long term plan that will rapidly improve energy efficiency of homes across the country. 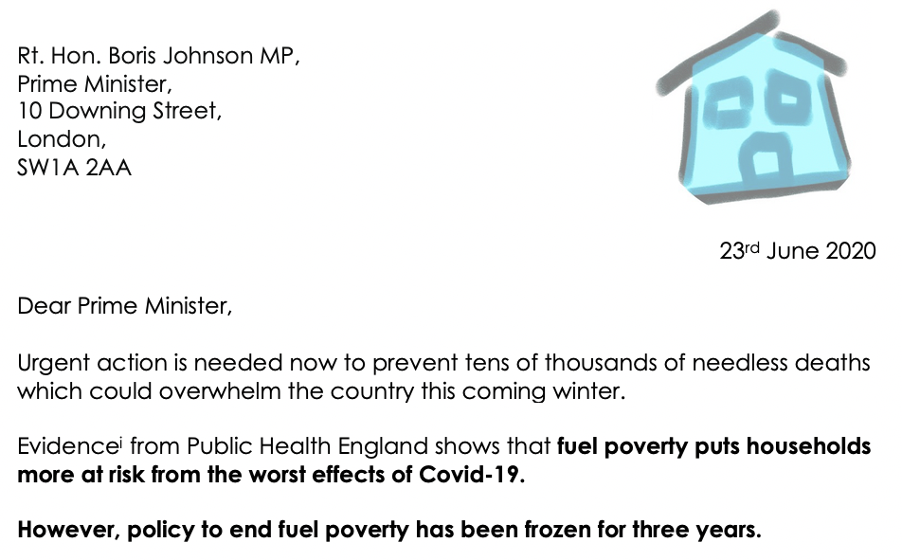 The End Fuel Poverty Coalition has written to the Prime Minister, Boris Johnson, warning of the risks of a future wave of COVID-19 striking during colder winter months.

In the letter, copied to Minister Kwasi Kwarteng MP, the Coalition write:

Urgent action is needed now to prevent tens of thousands of needless deaths which could overwhelm the country this coming winter.

However, policy to end fuel poverty has been frozen for three years.

Should a second wave of Covid-19 hit during cold weather, the impact could be catastrophic for individuals and our health services.

Energy use is rising as people stay at home more, incomes are being squeezed and improvements in energy efficiency of housing are on hold.

This means the numbers in fuel poverty are set to soar.

While there is currently no cure for Covid-19, cold homes are entirely preventable and four clear actions must be taken to save lives and help address the financial impact of the current crisis:

The End Fuel Poverty Coalition campaigns to influence government and other bodies to take action to end fuel poverty and thereby improve people’s health and quality of life as well as seeking to reduce the cost of living, create jobs and negate carbon emissions in the process. It is a broad coalition of over 20 anti-poverty, environmental, health and housing campaigners, charities, local authorities, trade unions and consumer organisations.

We would welcome the opportunity to discuss this further or to hear your views on this vital issue.

A campaign on the potential devastating impact of fuel poverty combined with COVID-19 this winter will be launched by the Coalition shortly.

To be kept up to date – or join with this campaign – please email info@ endfuelpoverty.org.uk.