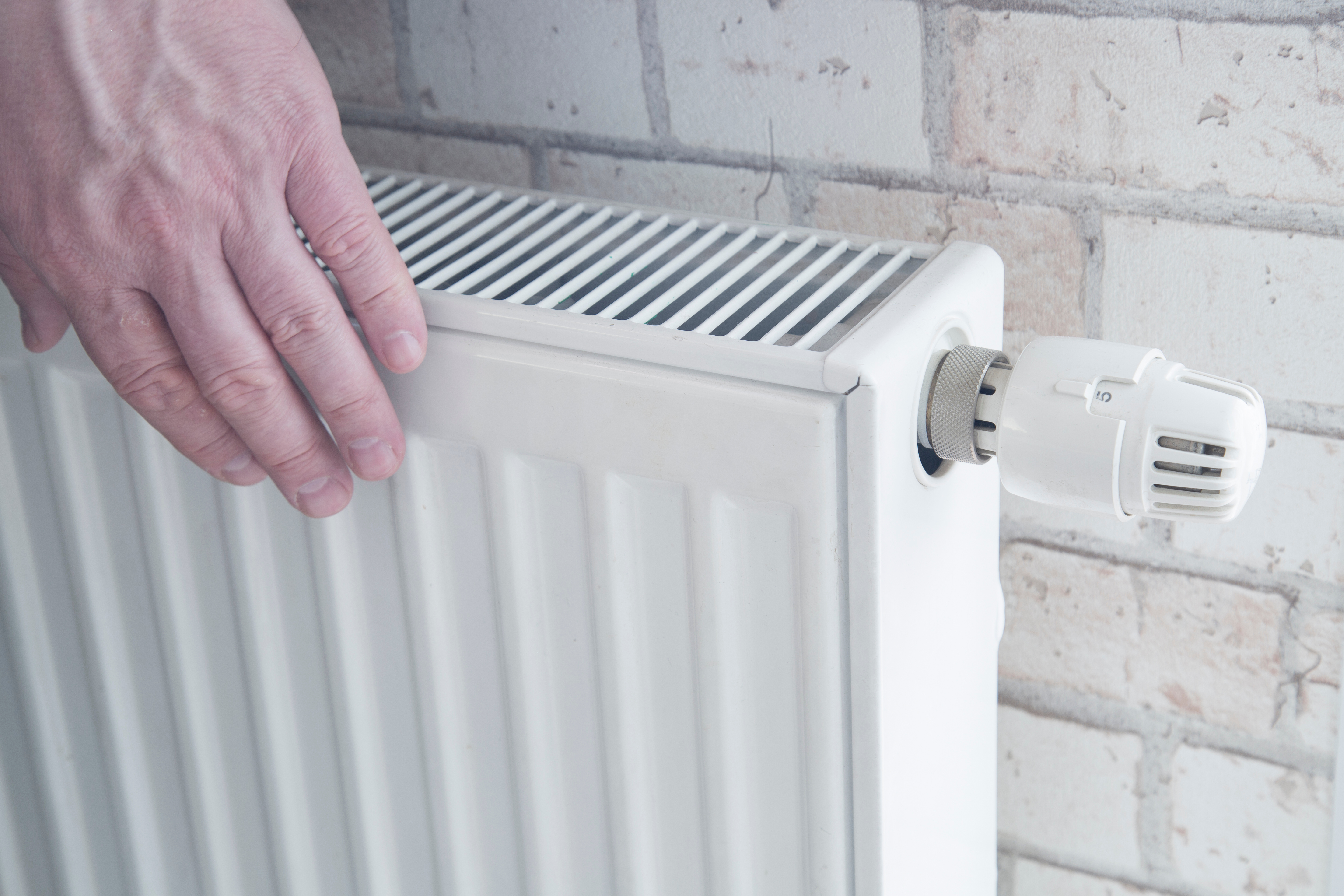 The End Fuel Poverty Coalition has warned of a drastic rise in the number of households affected by fuel poverty unless urgent action is taken.

With wholesale energy costs increasing, experts are increasingly concerned at the impact this will have on fuel bills.

Where wholesale energy prices rise, consumer prices follow – usually with a six month lag due to the Ofgem price capping process.
The latest rises in wholesale prices means that we face the possibility of more households facing fuel poverty than ever before. And with fuel poverty comes increased risks of suffering the worst effects of respiratory illnesses, such as Covid-19.
Indeed, when combined with the increase in general prices caused by inflation and Brexit supply issues, we face the real possibility of fuel poverty levels increasing drastically.
The Government must take urgent action to ensure people don’t have to choose between heating and eating this winter while rapidly deploying programmes to improve the energy efficiency of homes.

This is the toughest start to an autumn that I can remember. This toxic cocktail of challenges will leave millions of households struggling to cope with less income and higher costs. For many it will be an impossible task.
We need immediate support for those on lowest incomes, we need to clear levels of household energy debt fast, we need to give more protection to the fuel poor from future price rises and we need to reduce people’s exposure to high prices by making homes more efficient.

Heating your home isn’t cheap and with the price of energy sky rocketing right before winter, it is going to be a difficult time for many people. Keeping healthily warm is a basic human right and it’s wrong that so many people are struggling with cold homes when living in a developed country like the UK.

CSE has energy saving advice and top tips for people worried their energy supplier is about to go bust or thinking of switching as prices soar.

Cold homes cause misery, ill-health and social exclusion. Many government and industry support programmes, like furlough, are due to end soon and the energy advice sector will face a tsunami of demand from people needing support. We need urgent action from government to maintain support for people in vulnerable circumstances.

A spokesperson for Age UK added:

Lots of older people will have seen the reports about the possibility of energy shortages & price hikes coming soon and will be extremely anxious as a result. It’s hard enough for many to keep warm through the winter as it is, but now it seems this annual challenge could become tougher still.

We urge older people not to be overly concerned at this stage, pending more information from Government, which we hope will be published very soon. In the meantime, if you are having problems paying your energy bills, or repaying a debt, it is the duty of your energy company to help you so it’s worth getting in touch with them, though at present their phone lines are likely to be busy.  Any older person is also welcome to call the Age UK advice line. Hopefully we can assist you, for example by checking you are receiving all the financial help to which you are entitled.

If these reports about soaring energy bills turn out to be true Age UK will certainly be calling on the Government to take action so that a problem in the energy sector doesn’t translate into a tragedy for millions of older people who can’t keep their homes adequately warm. 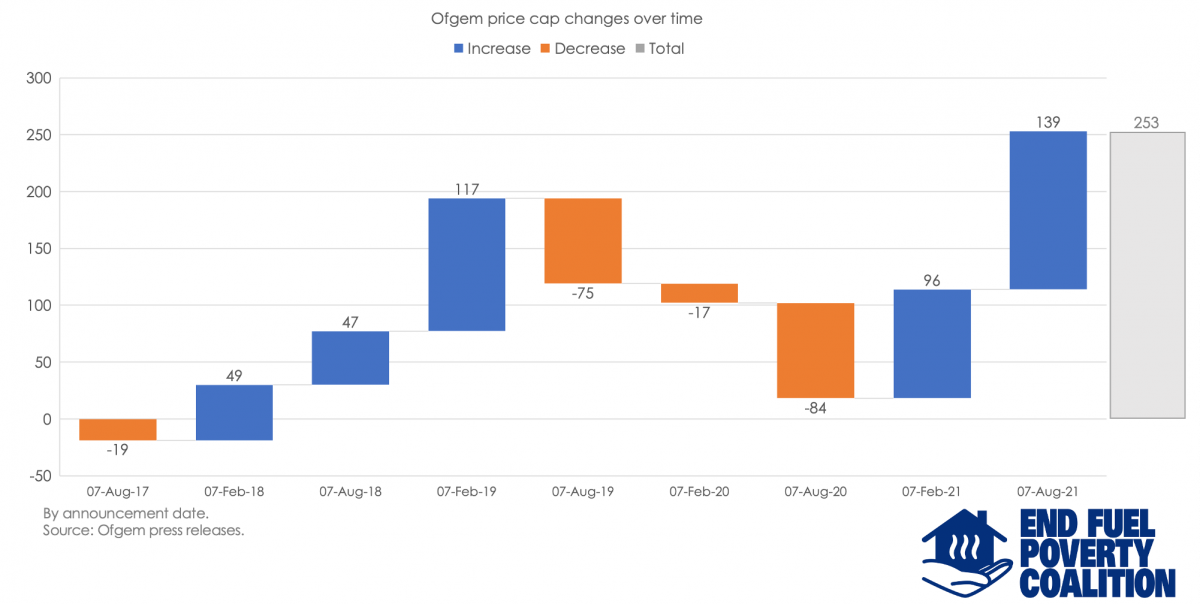 With Ofgem announcing that the energy bill price cap is set to increase from 1 October, charities, trade unions, campaigners and politicians have been reacting to the news.

Described as “devastating” by the End Fuel Poverty Coalition and National Energy Action, the latest analysis of the Ofgem data shows the significance of the energy price increase: Media and politicians across the political divide have been responding to the concerns of the End Fuel Poverty Coalition.

Classic FM said that the timing of the price hike “may seem cruel”, while the Guardian Editorial on Saturday wrote:

If ministers display the same tin ear that they did towards Marcus Rashford over children’s food poverty in this new crisis over fuel poverty, they will get what they deserve. They cannot say they have not been warned. The choice is theirs.

It is now more important than ever we support people with switching to better tariffs, the timing of this increase will hit vulnerable families hard, families already struggling with the impact of the pandemic.

A price rise in energy bills this Autumn – right before the coldest months of the year – is likely to have devastating consequences. Living in a cold home can contribute to a range of serious health conditions, especially in vulnerable groups. We know that when people can’t afford to heat their home, they underheat it in order to make ends meet, resulting in ill health and additional costs and pressure on the NHS at the busiest time of the year.

Ofgem’s decision is expected to result in nearly half a million extra households living in fuel poverty. This would mean a serious step back for the Government’s targets of reducing fuel poverty. The move could also exacerbate the levels of homelessness. Many people living in the private rented sector have been struggling to meet the costs of their housing throughout the pandemic. Now that furlough and other Covid-related support is coming to an end, the cost of increased energy bills could push some tenants into arrears, debt and homelessness.

Read more about the story in: