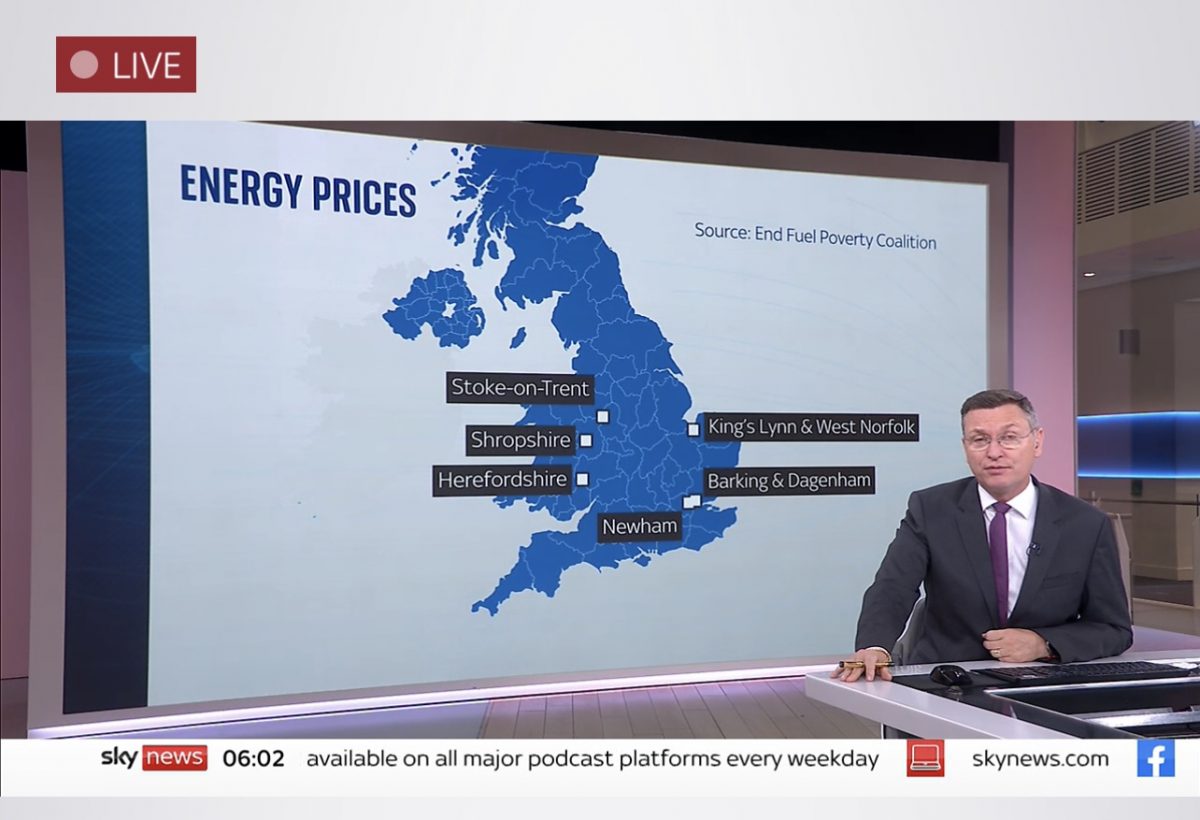 The media and the public have been reacting to the publication of the End Fuel Poverty Coalition’s new Index revealing the areas worst affected by fuel poverty.

Media coverage for the launch of the map has been widespread with Sky News leading on the story alongside coverage in the Big Issue, The Guardian, The i, Politics.co.uk, ITV, LBC and Yahoo! The story even got international attention with broadcasters in Japan, Germany and the Netherlands talking about the issue and EuroNews running an in-depth look at the crisis.

As the number of households in fuel poverty is expected to pass 4m this winter, the Government and councils are feeling the heat to act.

A petition has been launched by campaign website Action Storm so people can send a message to the UK Government.

Meanwhile, local authorities have been put under pressure to pass the End Fuel Poverty Coalition motion to take action on the ground.

Councils play a hugely important role in the fight against cold homes. They work with landlords and housing providers to ensure that all rental properties in the area are let to a decent standard. By working with local health bodies and community groups, they can identify and support those most at risk from the negative impacts of fuel poverty.

Local authorities must have the resources needed to properly enforce energy efficiency regulations which keep older people and families safe. As we approach the winter, no one must go cold and unwell for fear of the cost of turning the heating on. Longer term, we need to see greater investment from the government in energy efficiency programmes, which will help lower bills, reduce anxiety for those in cold homes and protect people against any future surges in fuel costs.