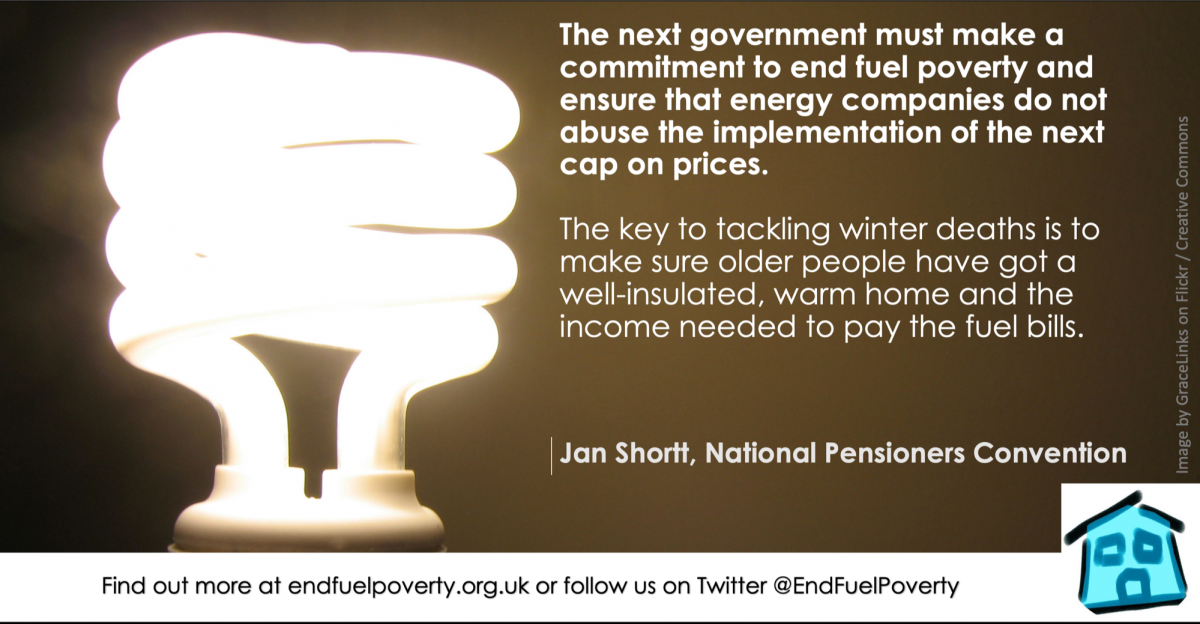 End Fuel Poverty Coalition Member, the National Pensioners Convention (NPC), is calling upon the next government to respond to figures released today that show that excess winter mortality rates in 2018 to 2019 reached 23,200 in all English regions and Wales.

Excess winter mortality rates continue to be higher in females compared with males, with the figure highest in females aged 90 years and over. Respiratory diseases, such as pneumonia, remain the leading cause of death.

Today’s figures are proof that older people struggle with poor housing, rising fuel costs, and a basic state pension that is inadequate and bottom of the Organisation for Economic Cooperation and Development (OECD) league table.

Pensioner poverty is increasing with 2 million pensioners living in poverty and one in three older people living in homes with inadequate heating or insulation making their homes more difficult to heat or keep warm.

The next government must make a commitment to end fuel poverty and ensure that energy companies do not abuse the implementation of the next cap on prices.

The key to tackling winter deaths is to make sure older people have got a well-insulated, warm home and the income needed to pay the fuel bills.

This is a basic requirement of what a decent society should do. We need the next government to roll out a more effective programme to insulate homes, building more suitable properties for older people and raising the winter fuel allowance in line with inflationary costs of energy.

The End Fuel Poverty Coalition released a Manifesto setting out the changes the next government needs to make to end the scourge of fuel poverty.